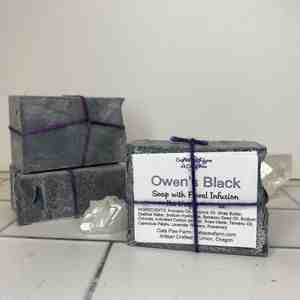 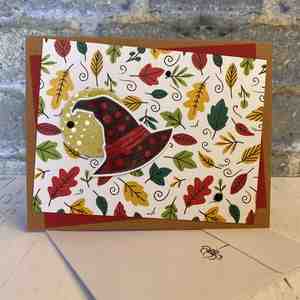 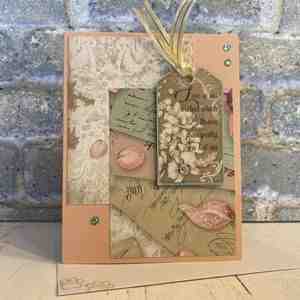 Love is an Orchid that Thrives Principally On Hot Air Card
$2.00 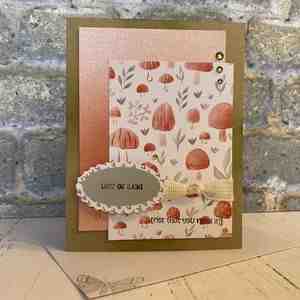 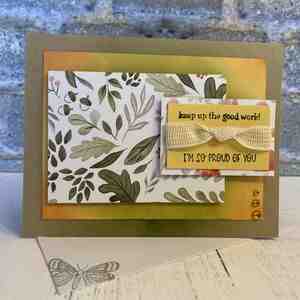 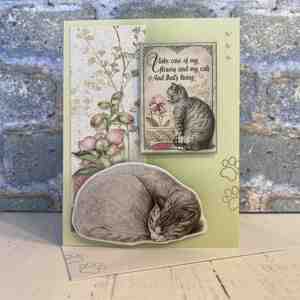 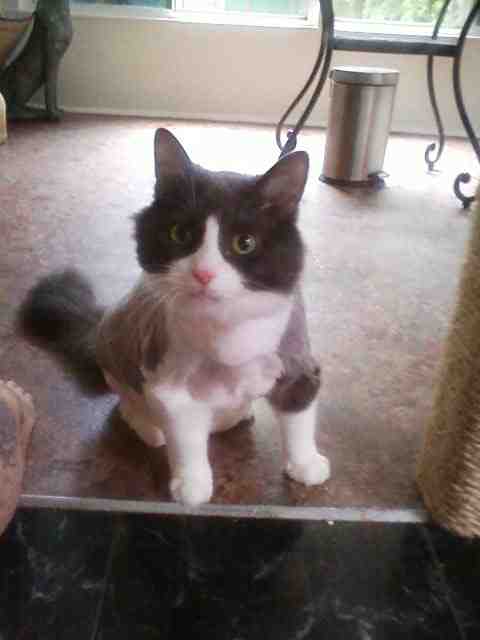 SIn July of 2005, our UPS driver stopped by the house. We were living in the mountains of Western Maryland in the small town of Frostburg. One of our kitties, Tink, pretty much had our UPS driver wrapped around her paw. It wasn't unusual for him to stop by for a minute just to play fuzz-toss with her if he was running ahead of schedule. So we didn't think much of him knocking on the door. Tink came flying when she saw him and was carrying her favorite little fur fuzz. They played for a minute or so and then he turned to me with serious face and said he needed our help.
Turns out he'd found a litter of kittens and two mama kitties several miles outside of town that were basically living off roadside garbage. I agreed to help without hesitation.
When he finished his route, we met him up there. I wasn't sure we were in the right place, having never seen his personal car, but figured how many people would be parked alongside the road in an area that was practically wilderness.
His daughter was with him, already sitting with a tiny gray and white kitten in her lap. The first of three we'd find out. The second kitten was a little black male. He and the short haired brindle mama kitty were easy to rescue. The second mama kitty (long haired, black and white) took a bit of coaxing. She was so thin she had trouble walking, though when I got hands on her she relaxed and started purring. The search began anew for the third kitten.

SML
Over the next two hours, in the dark, in the woods I managed to just barely brush this tiny gray and white kittens fur. He was so terrified. Then we lost him. Most likely he was cowering in brush watching and waiting for us to leave. Eventually we had to go. I was heart sick thinking of him up there alone. We left an open can of wet food by a fence post and I told him I'd be back in the morning.
It was barely dawn when we drove back up there. We'd stocked the van with kitty food, blankets, water, and a pet carrier. We never saw the kitten that day, but the food from last night was eaten. I hoped it had been the kitten who had gotten it. I heard a beagle baying just over the ridge, and my mind went crazy with all of the possible bad things that could happen. We went home after leaving more food, some water, and a blanket that smelled like us.
The next day we repeated the previous morning. This time though, we parked a little farther away. For awhile we just sat surveillance on where we'd left the food and water. Then the kitten appeared! He was so floofy. Mostly a dark grey with white chest and feet. He was meowing and looking around, obviously he was looking for his family. My heart broke for him and I knew today I had to reunite them no matter what. 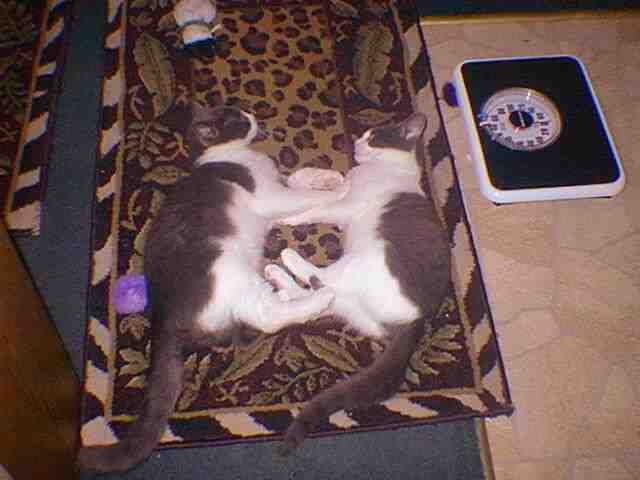 SML
As soon as he heard me open the van door, kitten vanished. I knelt down so to not appear as large and foreboding and opened another can of wet food. After what seemed like hours, but was probably only about 15 minutes, the kitten reappeared where we'd left his food. I started talking to him, vocalizing chirps and what approximates purring that humans can manage.
I began crawling along the side of the gravel road, talking to this lonely little kitten. The beagle was hunting again, and sounded so much closer today. At one point I could see the brush moving on the ridge, but the dog didn't crest to our side. It took nearly an hour and a half for me to crawl the length of gravel that spanned between kitten and me. I'd stop when he'd get scared and disappear; only advanced when he could see me. I talked to him the entire way. Occasionally I'd stop and push the can of food ahead of me and just set back and wait.
A little before 10am, I was within arms reach of kitten. I can still close my eyes and see his scared little face. I wanted to grab at him and hug him to me, but I was afraid he'd disappear into the woods and the dog was still not far away. There was a house just over the ridge we found out when we left that day.

SMXL
So kitten and I sat there sizing each other up for awhile. I pushed the can of food towards him. Canned wet food is not what we feed our animals on a regular basis. But, it is very smelly, and I guess kind of like junk food for kitties. He sniffed the air. He knew it was there. He wanted it. He hesitated just long enough to make me wonder if he was really who had eaten the cans the previous day. Soon though that thought was laid to rest and he was plowing through the can's contents. I reached out a tentative hand and brushed the long silky fur on his shoulder. The kitten tensed momentarily, then leaned into my fingertips. I slipped my hand over his back and under his stomach while retrieving the cat food can with the other hand, and brought both kitten and food into my lap. Kitten was purring so loud and hard it made me laugh. He sounded absolutely voracious.
We got back to the van and into the pet crate without issue. At home, we reunited him with the two mamas and two brothers. We never were able to figure out who was the mama to which kitten(s). The two mama kitties were pooling resources up there in the woods. The brindle was obviously the stronger of the two, and we suspected she had been hunting for both herself and the other mama. The other mama was still lactating, and as I'd mentioned she was rail thin from giving those three kittens everything she had to keep them nourished. The kittens were old enough for weaning, and she was already showing signs of recovery just in the couple of days we had had them.
The room our new brood was in was just off the kitchen. Before long we opened the door between them and kittens began exploring. The rescued kitten discovered the space between the wall and the freezer. It would be about a month before my husband would see him again. He'd come out to my voice, but only if I was alone. The food would disappear as if we had a ghost kitty - and that's how he gained his name. His brothers, Baylor and Lucky, were rambunctious and everywhere at once.
SLXL 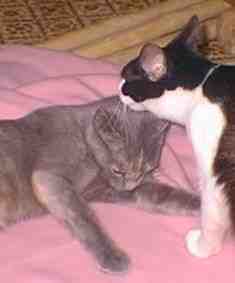 The two mamas were spayed once they had returned to normal weight. We placed them with amazing families. Baylor and Lucky went to live with my brother across town. Ghost had become my shadow.
XLMS 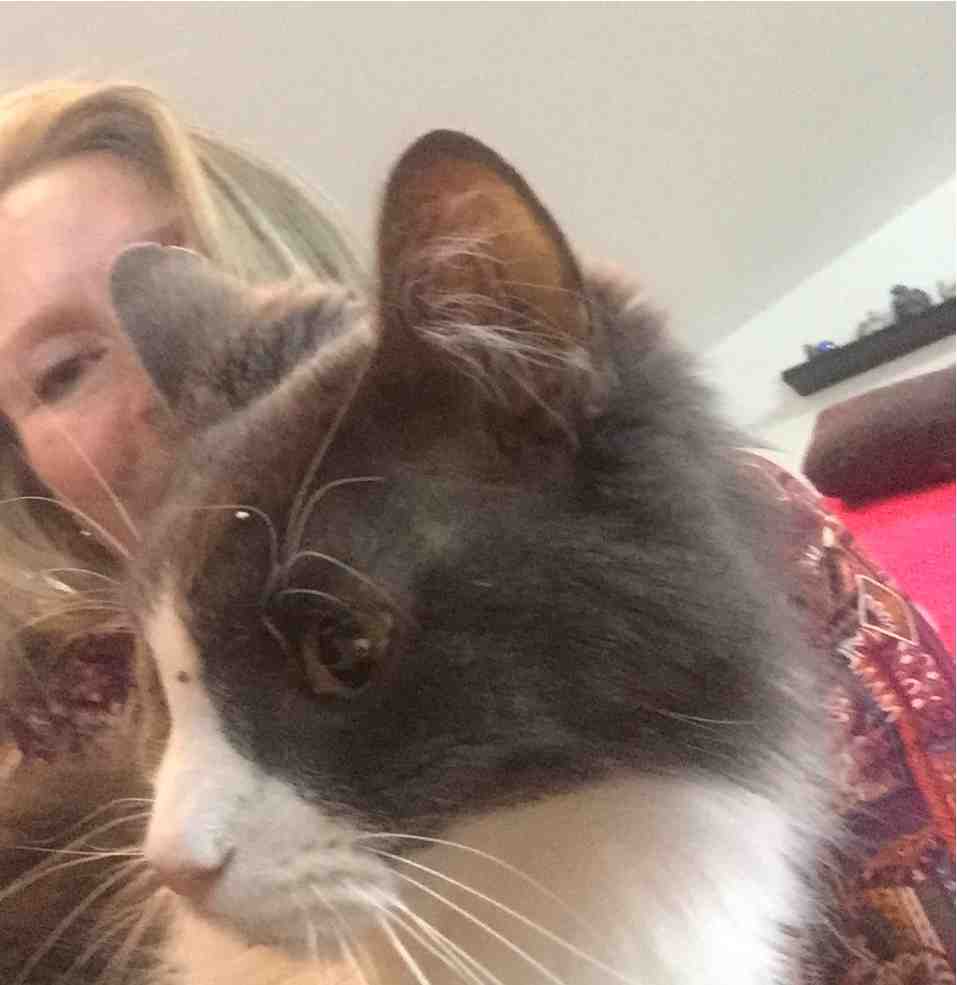 He's still my shadow. He's in my lap as I write this. We've been on several trips together back and forth between Maryland to Oregon where we live now. We've been through a liver biopsy and cancer scare (diagnosis indeterminate as only 2 of 3 markers are there). We've passed the two years the feline oncologist gave him nearly three years ago. Ghost gets daily Denamarin, immune system support, and prednisalone (small dose) every other day - just in case.
Ghostie is one of the most loving, simpatico kitties I've had the privilege to be family with. He brings me fleecy rats when I need to take a break and have a laugh. He sleeps under the covers with me. He's a constant, grounding energy. Ghostie embodies the spirit of Cats Paw Farm. Never give up. Find a way to put a positive spin on the negative. Beat the odds. Land on your feet. Be Kind. Love Everyone.
9/12/18: In January of this year we were told he did have end stage liver cancer and that a mass of tumor was completely engulfing his abdominal cavity. The MRI showed only a large dark mass no matter how he was positioned. We were given 10-14 days to say goodbye. He was having none of it. His personality remained upbeat. He played, he was loving, he ate well. 15 days later we started bloodroot therapy. It made a noticeable difference in the size of the tumor mass, but it was hard for him to keep food down on the days he took it. Finally we had to discontinue therapy. We ordered CBD oil to help with the nausea in the hopes we could begin again. In April we took a trip to The Oregon Gardens to attend Knot Another Fiber Festival. He hung out in the pet-friendly hotel room and lounged on my bed. Ghost always did love to travel. He was totally oblivious to the expiration dates he was given. Tragically though, in late June 2018 Ghostie turned his beautiful face to me and gave me a tiny lick on the nose. We were laying on the couch and he had his head on my arm, we slept that way a lot. But that evening he told me, in his way, that he was tired, that he was ready, and that he needed to know I'd be ok without him. I knew I was never really going to be, but he'd been so brave and determined for me I had to continue to be brave for him. I kissed his forehead and he closed his eyes and purred softly.
I feel like anything else I write about the all too short hours we had left can't possibly do justice to the bond we shared. It's taken this long to be able to write this much of an update, and yea I'm doing it through tears. I miss my beautiful, brave Ghostie and I am jealous of the Summerland Goddess who has my special kitty friend on her lap right now.
Previous Post
Next Post 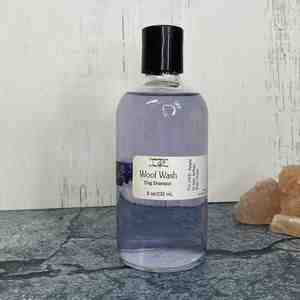