The Cats of Cats Paw Soapery 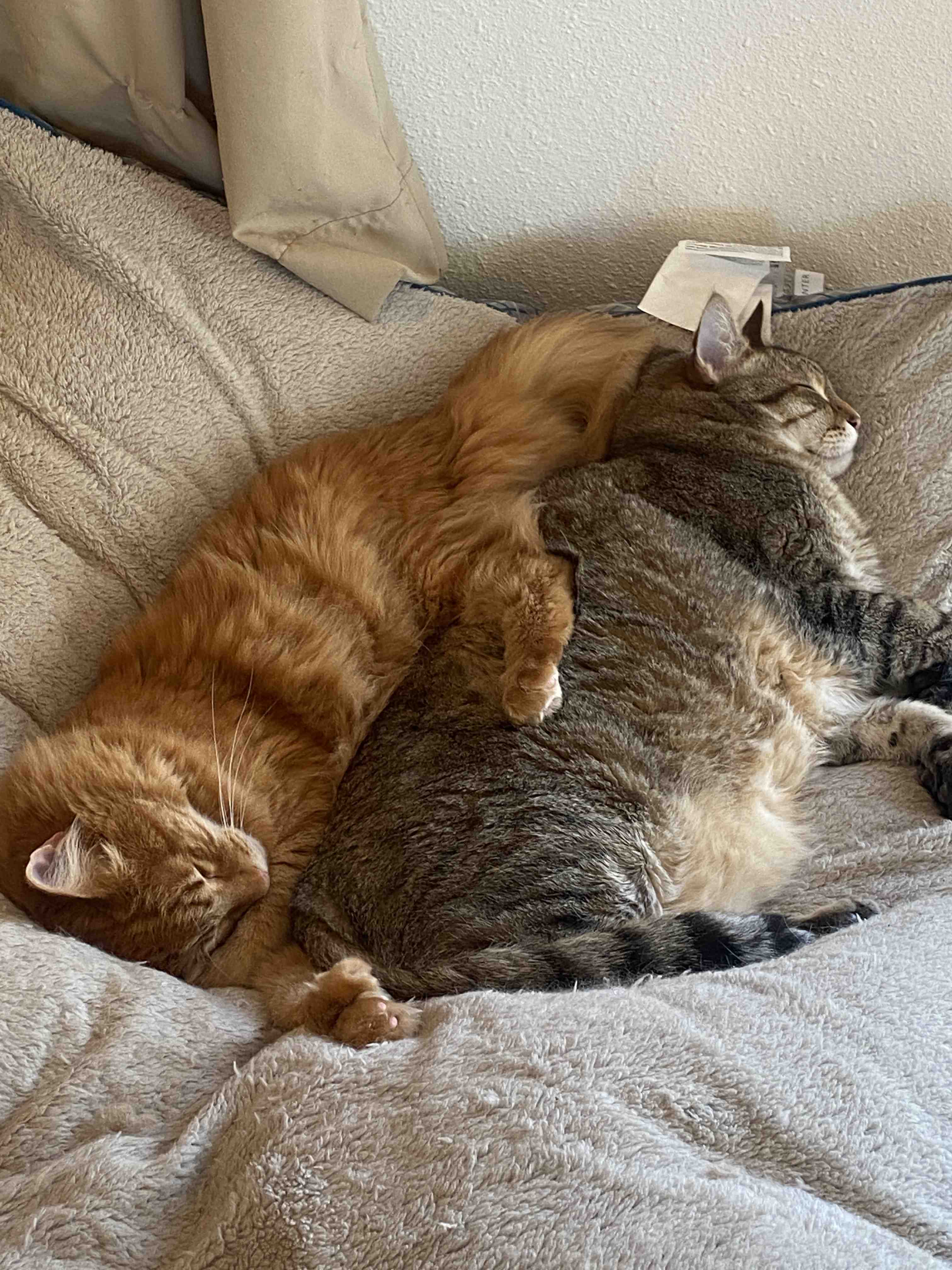 The Cats of Cats Paw Farm

originally posted on our interim blog at catspawfarmblog.com on 9/3/2021

I grew up with a plethora of officially unnamed felines that had lived outside in barns and outbuildings and while they had a very important job around the property (keeping the mice down) they were never considered part of the family proper. They were fed and watered as were the livestock and considered crucial and valued according to an unwritten list of skills they possessed. Good Mouser. Good Mother. Good Tom. That worked just fine for a lot of years for the people and the cats and then a tow headed girl child entered the picture with a single mission: to befriend all the kitties…

Yes that child was me and I apparently had a knack for it, which was a good thing. Even at a young age I thought like a cat. It didn’t dawn on me to be any other way. I could walk into a shed and immediately knew where mama kittie’s nest was, even when she moved it. I just pictured where I’d want to hide if I was a cat. I remember sitting in my grandpa’s home mechanic shop with a litter of wild kittens in my lap while mama lounged in a sliver of sunlight a few feet away assessing my worth to her. The mamas would leave me with babysitting duty once they deemed me fit for the job and I’d spend hours with a wriggling mass of kittens until she returned with a fat mouse to eat at the mouth of the shop and then come to gather her little ones and secrete them back into the corner nest she’d built amidst engine parts and boxes of who knows what. Outbuildings tend to collect a lot of things that simply become part of an indoor landscape.

I loved visiting friends and family’s homes and again made it a personal mission to befriend their cat, preferably all of their cats. Inside, outside, it didn’t matter. You could find me where the cats were. There were times I’d be warned to the effect that “that big Tom is mean and hates everyone so stay clear of him,” and by the end of the visit said Tom was sprawled on my lap in the grass in the backyard getting his “kitten” on. And so it continued through my teens and into adulthood.

Of course by then I’d learned the social moirés that ignoring the host for the cats was bad, but chances were there was a cat on my lap during our visit. Currently we share our home with six kitties inside, and one outside.

Joy came into our life about six years ago in the middle of the worst winter we’d had in years. We don’t know her backstory. She has a feral ear clip and had been spayed though it was fairly fresh when we first noticed a small black cat in one of the loafing sheds. Upon further investigation I discovered she was making a culvert by the road her safe zone. I started taking food out to her and waited patiently as she developed trust and I learned her language. By the end of winter I’d gotten her to move to the hay shed and had set up an insulated box for her. Over the next year we worked on moving to the back patio and she was starting to brush against my leg when my back was turned.

Joy still has the original insulated box, though now it is built into a heavy wooden frame with a balcony on the top with a squishy kitty bed. She greets me every morning and has even been inside the house to get to know the rest of the pride though she does not want to stay in. She blesses me freely with rubs, and headbutts my hand when I put her food dish down in the morning. She only allows me to pet her back, from shoulder to tail. No touching her head, and no reaching out towards her, petting is allowed if she initiates them. I imagine that hands reaching toward her probably triggers memories of the feral vet trip from before she found us.

Her besties inside are Bling and Bubba. These two are brother and sister Tabbies that have been with us for nine years. Their mama was a barn stray who happened into a pretty cushy life with a friend in another county. We met them when their eyes were still closed and have had them since they were weaned. They do not know a stranger and demand attention from everyone who walks through our doors. Both of them drool, and both of them want to sleep under the covers. They are large and in charge and think they are still kittens. We can’t have a holiday tree because Bubba climbs them and when a 22 pound cat tries to climb a six foot tree it doesn’t stay upright, even when bungee corded to a table!

Yoda and Rosie are brothers who are as opposite as can be. Both are long haired Gingers, Rosie is polydactyl with nearly double paws (7 toes on each front foot) while Yoda has no extra toes. They are six years old this year. Rosie runs and hides under the covers of our bed if he even thinks someone is coming to the house while Yoda runs to the front door with Bubba and Bling.

Our babies are now five! Rosalie and Juliette were named for characters on Grimm. They are long haired black and orange calico and both are polydactyl. These two girlies are also polar opposites in size (Julie is very svelt and Rosalie is an Amazon) and temperament. They both hide inside chairs when people come to the house, so it makes it a little awkward to have to tell those who don’t know about them, “No, don’t sit in that chair! There’s a kitty inside of it.” Julie will eventually come out though and as her fur is amazingly silky she immediately becomes the darling of the visit. Her personality is soft and loving, even though she has vampire-fangs. Rosalie on the other hand…well, she is the reason we now take all of the polys to the vet for nail clips. She channels her inner warrior princess and will pretty much try to take your face off when she sees nail clippers. The vet doesn’t believe us and makes a point of telling us what a good girl she is – there.

I’ve shared my life with a multitude of furry friends. There are so many more who have touched me in ways I never dreamed any living being could touch another. Each one who is missing from the family still weighs heavily on my heart. The cats we share our lives with are so much more than simply cats to me.

Oh! So why Cats Paw Farm then? I get a lot of people stopping by that think we’re a pet store, so here’s the story…when I left my job to manage the farm and take my formulations into full blown business mode it took a leap of faith. A big one. Cats are fabled to land on their feet and so Cats Paw Farm felt very appropriate.

Hey if you’re still reading, thanks for hanging out and enjoying a cup of coffee and a kitty story with me this morning (or whatever time it is for you)! I’d love to hear about your kitties, too so feel free to leave me a comment.