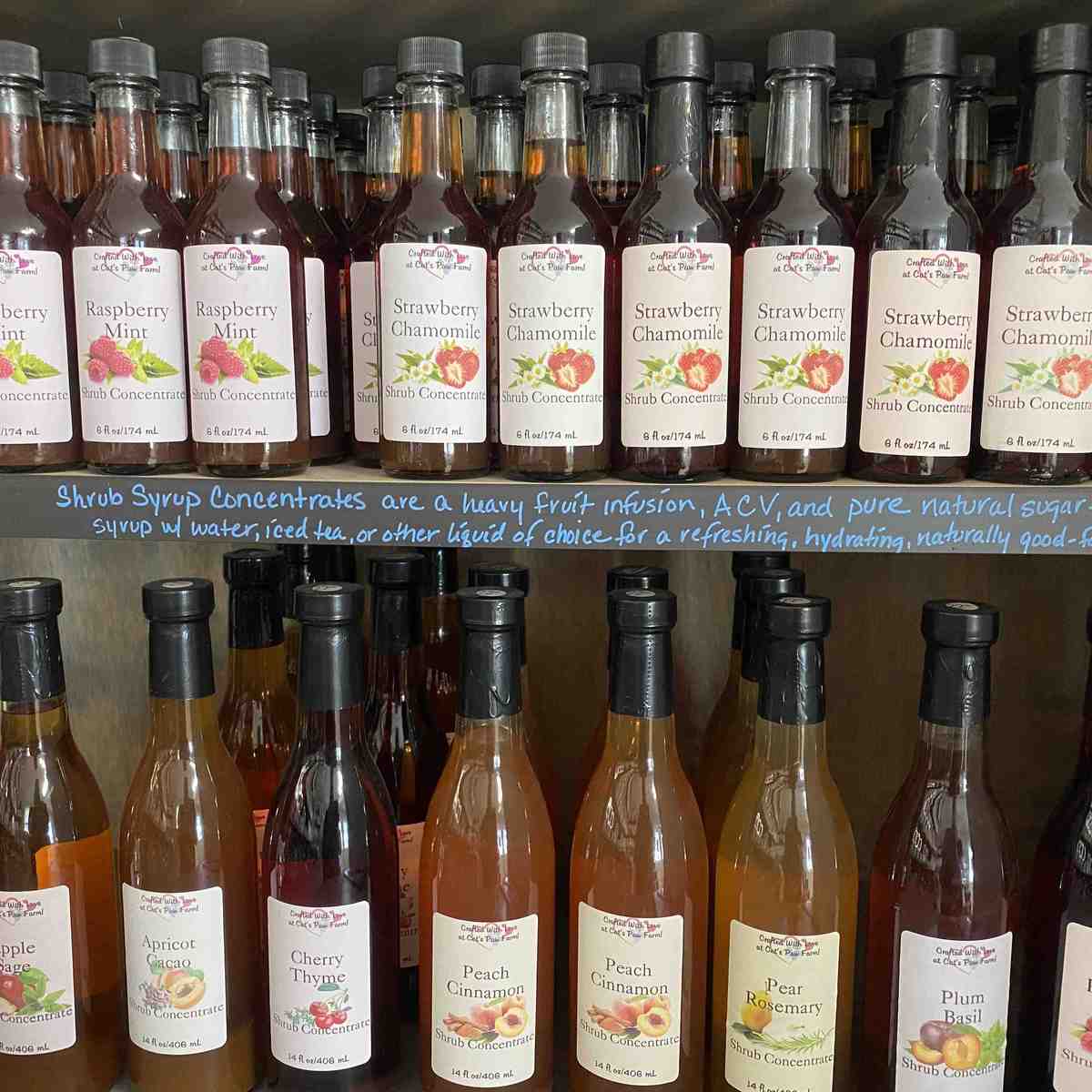 Shrubs? – What are they?

originally posted on our interim blog at catspawfarmblog.com on 9/10/2021

Shrub, often referred to as drinking vinegar or sipping vinegar is a cordial concoction that showcases both the flavor of the fruit and botanicals, and the vinegar. It is an acidic simple syrup which adds depth and complexity to a variety of drinks and culinary dishes.

If you’ve never had a shrub before, they are about the most refreshing thing you can drink, especially in the summertime! Shrubs are packed with electrolytes from the vinegar and vitamins from the fresh fruit. This is why we often liken them to “Old-Timey (insert name brand electrolyte drink here)”

Vinegar has been known as “poor man’s wine”, and we’ve all probably had that bottle of wine in the back of the fridge that we poured out because it became flat and pungent, aka “vinegary.” Well, the French word vinaigre means “sour wine."

Vinegar is a sour liquid that is produced from a two step fermentation process of diluted alcohol products:

During the first step vinegar is derived from fermentation of a sugar containing source such as grapes or grains. Sugars break down in the absence of oxygen by yeast and produce alcohol and carbon dioxide.

In the second step the addition of oxygen enables good bacteria to produce amino acids, water, and some other compounds.

Traces of vinegar have been found throughout civilization. Egyptian urns dated to 3000 B.C. contain traces of vinegar, and documentation in Babylonian scrolls record the use of date palm fruit to make vinegar dating to around 5000 B.C.

Over time and around the world a wide variety of vinegars have been created. In all probability, the creation of vinegar was a complete (and fortuitous) failure to produce alcohol

We know back as far as 2000 B.C. Babylonians were using vinegar to heal wounds and this was a practice continued through World War I.

Hippocrates (the father of modern medicine) prescribed apple cider vinegar mixed with honey for coughs, colds, and other ills.

Ancient Greeks utilized vinegar for preservation and the Romans used it as a drink, and sometimes partially converted wines on purpose to use for preservation of foods for storage and travel.

There is documentation of the flavored vinegar brines of fish being carried by Roman soldiers, and ketchup originated as an oriental fish vinegar brine that had sugar added to it to create the predecessor of the condiment we now know.

Because there was a spectacular increase in the types of foods available due to expanding trade routes, Europeans of the time were creating a vast number of clever recipes using vinegar.

Nearly always, the first thing people wish to know about Shrubs is why are they called Shrubs. The word shrub is derived from the Arabic word sharab which means “to drink.” Shrubs as we know them were brought to Europe by traders from the exotic Middle East in the 15th century as medicinal elixirs.

Due to research by historians such as Tim Oakley, Bill Toland, Jessica Gelt, and Katie Loeb (thanks guys!) we know some pretty interesting things about Shrubs: the most interesting perhaps being that early versions of the drink were being developed in parallel with flavored alcoholic counterparts, but for very different reasons.

...And some 17th Century Smuggling

During the late 17th century, smugglers used to sink barrels of spirits offshore to avoid paying import taxes. To mask the taste of sea water that inevitably fouled the alcohol, fruit was put into the barrels.

The addition of fruit also helped weight the barrels so they sank faster.

Could the smugglers of the 1600's have been responsible for creating some of the amazing fruity vodka flavors we enjoy today?

An early recipe in 1864’s The English and Australian Cookery Book (which is considered the first Australian Cookbook and was penned for the upper echelon of society) specified nuts, spices, and oranges infused into rum.

Thus the smugglers did well enough with their flavoring to encourage experimentation as well as creating a standard practice for flavoring alcohol that eventually spanned all social classes.

Ok, back to vinegar…It was being used to preserve barrels of fruits and fruit mixtures. As our ancestors were a thrifty lot, the "pour off" liquid ended up a commodity in its own right, and basically the first modern Shrub was born.

While not intentionally created as was the fruited alcohol, both mechanisms do bear a striking resemblance to each other in their ability to preserve and to be flavored.

Fruited vinegar would go on to become prized for its restorative qualities, and the practice of drinking vinegars would carry over into colonial America.

History - On to the Americas

Shrubs went in and out of fashion for nearly 400 years. They were sold in public houses alongside alcoholic beverages.

All social classes partook of Shrubs.

Due to basically being the world’s first energy drink they found favor with laborers whose hard work required constant hydration.

During the Temperance Movement of the 19th century Shrubs were considered acceptable alternatives to spirits. It became trendy during this time to find historical and biblical references to imbibing drinking vinegars which lent additional legitimacy to the beverage.

The drink that started its American presence as a thirst quenching drink for field laborers is now enjoying a resurgence as a flavoring for water, cocktails, meat marinades, sauces, and salad vinaigrettes.

You might hear the word Switchel in conjunction with Shrubs. Here's how to tell them apart...

Shrub Drinks (aka Drinking Vinegar) and Switchels (aka Swizzle or Haymaker’s Punch) have both some similarities and differences. Both have history as a way to preserve fruits and berries with vinegar.

Shrubs are fruity while Switchels are closer in taste to flat ginger beer.

Switchels are meant to be consumed only as a stand alone drink while Shrubs are a simple syrup which can flavor a variety of liquids or be used in a culinary capacity.

It’s also useful and yummy used as the vinegar portion of BBQ sauce and meat marinade. Salad dressing really showcases the flavors of Shrub Syrup Concentrate in a simple oil and vinegar preparation.

I especially love an oil/shrub dressing on fresh spring mix greens with a little feta. Ice cream topped with shrub syrups is a refreshing treat, too!

The benefits of drinking apple cider vinegar (ACV) are many!

Adding extra potassium via ACV can help balance the sodium in the blood and reduces high blood pressure. Shrubs are a great alternative to those seeking to move away from the empty calories and sugar overload of soft drinks.

Ascetic acid as well as ACV's other acids (malic and ascorbic) have been shown to improve the body’s non-heme iron uptake and that’s even more important for vegetarians and vegans that do not get heme-iron from consuming animal products.

Ascorbic acid in ACV also enhances copper absorption, and copper helps the body absorb iron. Iron is needed to transport oxygen between muscle cells, which helps produce energy. (This is why many people who are iron deficient suffer from fatigue.)

You may have heard about all the ways modern energy drinks are "bad" for those who consume them? If you are looking for a natural and healthy energy boost then Shrubs are a great answer.

ACV contains enzymes and potassium that counter fatigue and also which have alkalizing effects in the body.

There is chat about the potential weight loss benefits of drinking ACV and this is thought to be because of the satiety conferred between meals.

Scientists are studying links between tumor size/growth rate and consumption of apple cider vinegar, as well as cancer risk and ACV consumption.

If you fall into one of these health scenarios then consult with your physician.

ACV isn't the only vinegar that can be used for shrub recipes. Balsamic vinegar, red wine vinegar, or multiple types of vinegars in equal parts can also be used and each vinegar brings something a little unique to the table.

Another leading factor in Shrubs last falling out of style the last time was due to the advent of home refrigeration.

I see this as precisely why they have become of interest again. Our society is shifting towards becoming more in tune with our past, and we are looking for alternatives to food storage and preparation – just in case.

Shrub Syrups can wait patiently in the pantry for several years unopened, and for about a year in the refrigerator after opening.

Are you ready to stock up on Shrub Syrup Concentrate? Here's what is currently on the shelf!

Maybe you're not feeling completely comfortable using shrub syrup yet - and I get that! Maybe you're all in and you just want to get started cooking with shrub syrup right now! Either way you'll love this -

I've put together a compilation of Recipes, Tips, Tricks, and Ideas on how to use them - (and it's not just a "here, follow this recipe exactly" )

I also give you tips on how I use shrub syrup "on the fly" when I'm cooking and you'll learn how to do that, too.

YES I want this!

You'll have the perfect timing for marinating meats and veggies for the perfect flavor profiles and tenderness.

This is a 27 page eBook I've written for you. It contains about a dozen recipes and tutorials on how to use Shrubs in a culinary capacity.

Here's what some of my customers have to say about Shrub Syrup Concentrates...

"Thanks Cats Paw your Shrub Syrup are amazing and your service is wonderful ." -Emery S

"Would definitely recommend Cats Paw and will definitely be ordering again." -Eva S

"Thanks so much! My Shrub Syrup was great and delivery was super fast too!" -Emily H.

"It's really wonderful. I love it on salads." -Hana H.

"The Peach Shrub Syrup makes a great marinade for pork loin. We also really like the Pear on salmon with a little dill."  -Marta K.

"I  love anything that I purchase from you." -Gina T

I've discounted my book "Shrub Concentrates: Recipes, History, Folklore, and More" with code SHRUBeBOOK for you.

Get the book HERE

I know you're going to love cooking with shrubs, too.

(There's also a discount code inside the eBook you can use on your next order from our store!) 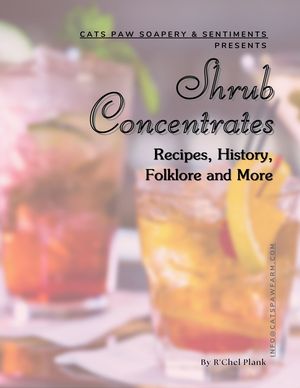 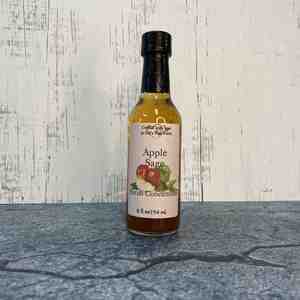 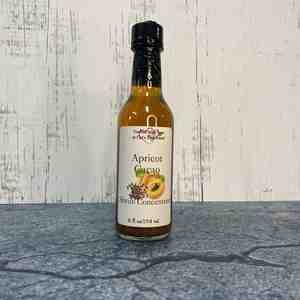 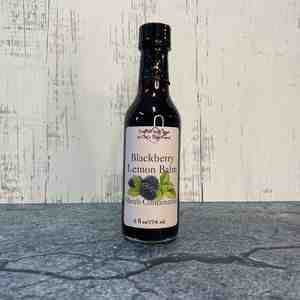 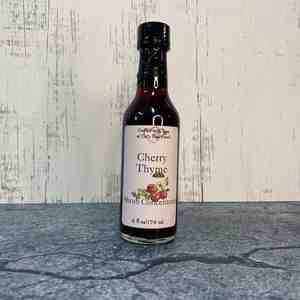 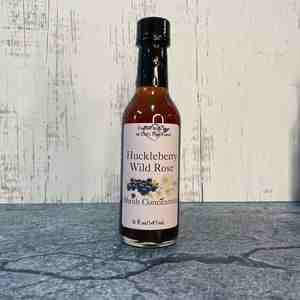 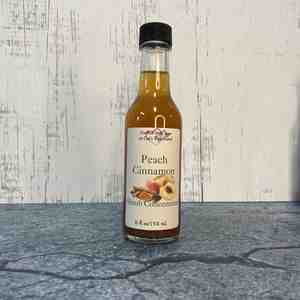 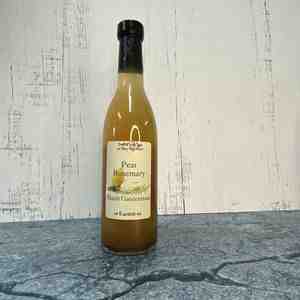 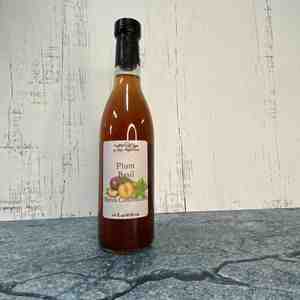 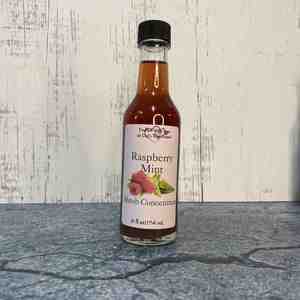 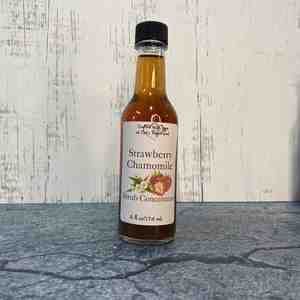